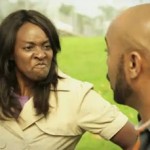 Colorado Criminal Law Guide – Self Defense and Domestic Violence Charges – Because of gender stereotypes, almost all persons charged with domestic violence are men. Many men are arrested when they are actually trying desperately to control the situation and protect themselves from acts of domestic violence. In doing so they are compelled to use force.

This article explores some of the issues in asserting self defense in Colorado domestic violence cases. Men Can Be The Victims Of Domestic Violence!

Self Defense And Domestic Violence Charges In Colorado

Colorado criminal cases involving domestic violence charges are more common than almost any other charge except perhaps drug cases. Arrests, of mostly men, are the result of police investigations that oversimplify what are actually complex personal relationships. By quickly analyzing domestic violence cases and making superficial determinations such as who was the “initial aggressor” or who was the “primary aggressor” in the altercation – the police often ignore critical factors that should be taken into account in the investigation.

Flaws At The Investigation Stage

When the police first arrive on the scene of a domestic violence they separate the parties involved and take their statements and the statements of any witnesses. The scene is then secured, photographs are taken, and any other evidence is collected. Sometimes the job is botched.

If photographs of BOTH parties are not taken by the police, the accused should take photographs of himself to preserve any and all evidence of self defense. Updated photographs should also be taken every few days to demonstrate the healing stages of any injury. Also, if possible, prior to, during, and after the alleged altercation, video and audio evidence should be produced if it will assist in making out a case for self defense case. But caution should be exercised here to make certain the evidence preserved cannot be used against the accused at trial.

Prosecutors in Colorado domestic violence cases – those actually charged with enforcing the law – often openly doubt and scoff at a man’s claim of self defense as against a woman. They do this because they know there are many ways to defeat a self defense claim at trial.

The two most common beliefs in this area are:

The Man Was In “No Immediate Threat”

In an altercation between a man and a woman, the prosecutor will argue at trial that the man was never in any imminent danger – that there was never an immediate threat to the man – all things being equal – that justified the physical response by the man.

Prosecutors often couch a man’s response to having violence inflicted upon him by a woman as an “over-response.” The terms “irrationally aggressive” or “unnecessarily dangerous” also are used to describe the State’s rebuttal of a claim of self defense under the laws of self defense in Colorado.

The analysis of a self defense case begins with asking the right questions. Having said that, the kind of questions that must be asked are addressed to the credibility of the Defendant/client and to the lack of credibility of the alleged victim. Juries often make their decisions on less than proof beyond a reasonable doubt.. juries – I believe – make decisions based on pure emotion.

Juries make decisions on emotion. Who juries believe more is dependent on the emotional appeal of the defense case. An understanding of that aspect of trial psychology is often the key to winning a Colorado Domestic Violence case.

The parties to a Colorado Domestic Violence case will almost always tell very different stories as to what occurred. The criminal lawyer’s job then, is to bolster the accused’s version of the events and attacking and therefore discrediting the State’s case. The focus here is on developing a theme – supported by the evidence – that the alleged victim should not be believed because of the inconsistencies in her testimony or unsubstantiated claims made to the police.

The Relevant Analysis – Some Important Questions To Ask

The Mental State Of The Alleged Victim?

Who Was The “Initial Aggressor – the “Predominant Aggressor?”

Dual Arrests – the Quick and Easy Answer: The predominant aggressor may not be the first party to use violence in the incident. The police, rather than performing their investigation in a thorough manner, will sometimes opt to arrest BOTH parties. A thorough investigation looks at the deeper issues as between the parties and focuses on the family dynamic in THIS family. A dual arrest is the easy way out for the police.

The Role Of Motive: The analysis of any domestic violence case should also include any MOTIVE for the alleged victim to make the accusation. This could include a decision on the part of the alleged female victim to seek child custody, a divorce, or another financial advantage. This inquiry should run deep enough to include a complete history of any and all acts of domestic violence as between the parties.

Protection of Other Parties Present Or Family Pets: The analysis should also make an inquiry into whether the man accused not only acted in self-defense but also in defense of another – such as a child or a pet…. in an attempt to protect that other person or animal from an assault.

Telling the Real Story – Laying Down Your Theory Of Self Defense

While a new approach in these cases, yours may be a case where the testimony of an expert in the area of the family dynamic of “male victim” domestic violence would help the jury to understand the context of the larger relationship and the particular rationale behind an alleged victim’s motivation to lie to the police.

Care should be taken to identify a well-qualified and knowledgeable expert in this area and the defense lawyer should design a trial strategy that centers on this expert’s testimony at trial.

Expert testimony may be necessary to dispel common myths about male victims in male/female relationships for the purpose of educating judges and juries about the dynamics of female on male domestic violence.

If you found any information I have provided on this web page article helpful please click my Plus+1 or the Share button below so that others may also find it.

Never stop fighting – never stop believing in yourself and your right to due process of law.

You must make a responsible choice for a Colorado Criminal Defense Lawyer – we encourage you to look at our firm. Over the last 30 plus years – H. Michael has mastered nearly every area of criminal law, procedure, trial and courtroom practice and he is passionate about getting you the best result in your case. He has written, and continues to write, extensively on Colorado criminal law and he hopes this article helps you in some small way – Colorado Criminal Law Guide – Self Defense and Domestic Violence Charges. 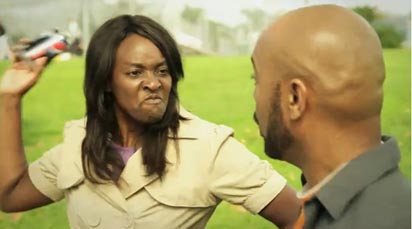 Article Name
Colorado Criminal Law Guide - Self Defense and Domestic Violence Charges
Description
Because of gender stereotypes, almost all persons charged with domestic violence are men. Many men, in the act of self defense, are arrested when they are actually trying desperately to control the situation and protect themselves.
Author
H. Michael Steinberg