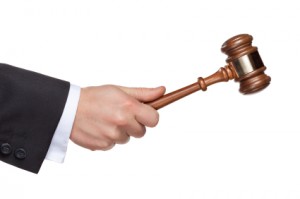 Colorado Domestic Violence Law – Understanding The Impact Of The Domestic Violence “Tag” – Designation – There is a “finding” that occurs in all Colorado domestic violence cases at the time of acceptance of the plea and at sentencing. The Judge will “find” that under Colorado law the crime was “an act of domestic violence.” The importance of this finding cannot be understated.

What Is A “Direct Consequence” Of A Plea To An Act Of Domestic Violence?

As noted, a judge by law, must advise a defendant of the direct, but not collateral, consequences attending the plea..

” Direct Consequences” are those that have a definite, immediate, and largely automatic effect on the range of possible punishment.

A trial court taking a plea in a domestic violence case is NOT required to advise a defendant of collateral consequences at the providency hearing.

The impact of the domestic violence”tag” or designation (see below) is not considered a direct consequence of a plea and, while it has long term implications in the life of the person “taking the plea,” a judge is not required to advise a Defendant of the implications of a domestic violence conviction.

The law requires that, before accepting any guilty plea, a court must ensure that a defendant “understands the possible penalty or penalties” associated with the plea. Crim. P. 11(b)(4). These are the direct consequences of the plea.

What Is An Act Of Domestic Violence Under Colorado Law?

Under Colorado law an “act of domestic violence” is defined as:

“Domestic violence” means an act or threatened act of violence upon a person with whom the actor is or has been involved in an intimate relationship.

The definition of an “intimate relationship” can be complex:

“Intimate relationship” means a relationship between spouses, former spouses, past or present unmarried couples, or persons who are both the parents of the same child regardless of whether the persons have been married or have lived together at any time.

Evidence of a sexual relationship is not necessary to establish the existence of an intimate relationship.

A sexual relationship may be an indicator, but never a necessary condition, of an intimate relationship for purposes of the Colorado domestic violence statute. The relationship must be more than that of a roommate, friend, or acquaintance, and there must be a romantic attachment or shared parental status between the parties.

When determining whether a relationship is an “intimate relationship”, a court takes into account the following three factors:

(1) The length of time the relationship has existed or did exist;

(2) the nature or type of the relationship; and

(3) the frequency of interaction between the parties.

The Filing Of Charges In A Colorado Domestic Violence Case

At the time of filing charges in a Colorado domestic violence case, law enforcement and the District Attorney are required to “designate” the charges as acts of domestic violence if the case meets that definition.

Here is the law:

Any person completing or preparing a summons, complaint, summons and complaint, indictment, information, or application for an arrest warrant shall indicate on the face of such document whether the facts forming the basis of the alleged criminal act, if proven, could constitute domestic violence as defined in section 18-6-800.3(1).  C.R.S. § 18-6-801.6

Section 16-21-103(2)(b)(II), C.R.S., provides, in pertinent part, that if a law enforcement agency directly issues a complaint or summons for any charges, the agency “shall identify on the face of such document whether the factual basis for the charge or charges includes an act of domestic violence.”

Taking A “Plea” In A Colorado Domestic Violence Case

As noted above, the typical “providency hearing” – (the court proceeding where a plea of guilty is entered) – involves certain very specific and important components that are part of the advisement under Rule 11 of the Colorado Rules of Criminal Procedure.

At a providency (the “plea taking” hearing) for the receipt of a domestic violence plea agreement, the applicable law is Section 18-6-801(3 C.R.S. provides as follows:

[HMS – The following Section does not permit what is commonly known as a “no contest” or “nolo” plea in Colorado domestic violence cases.]

[HMS – In addition – the following Section does not permit the DA to waive the DV Tag when the facts indicate there is evidence of domestic violence UNLESS the DA states on the record – in good faith – that he or she cannot establish a bare bones case at trial – known as a “prima facie” case.]

there is a good faith representation by the prosecuting attorney that he or she would be unable to establish a prima facie case if the defendant were brought to trial on the original offense.

The Collateral Consequences Of A Plea In Colorado Domestic Violence Cases

The “Collateral” Impact Of A Colorado Domestic Violence Plea As Regards The Loss Of Your Second Amendment Right To Bear Firearms 18 U.S.C.A. § 921(a)(33)(A)

Under federal law, a person convicted of a “misdemeanor domestic violence” offense as defined by 18 U.S.C.A. § 921(a)(33)(A) (see below) cannot possess, transport, or receive any firearm or ammunition that has been shipped or transported in interstate or foreign commerce.

(A) Except as provided in subparagraph (C),[2] the term “misdemeanor crime of domestic violence” means an offense that—

(i) is a misdemeanor under Federal, State, or Tribal law; and

(B) (i) A person shall not be considered to have been convicted of such an offense for purposes of this chapter, unless—

(II) in the case of a prosecution for an offense described in this paragraph for which a person was entitled to a jury trial in the jurisdiction in which the case was tried, either

(aa) the case was tried by a jury, or

(bb) the person knowingly and intelligently waived the right to have the case tried by a jury, by guilty plea or otherwise.

(ii) A person shall not be considered to have been convicted of such an offense for purposes of this chapter if the conviction has been expunged or set aside, or is an offense for which the person has been pardoned or has had civil rights restored (if the law of the applicable jurisdiction provides for the loss of civil rights under such an offense) unless the pardon, expungement, or restoration of civil rights expressly provides that the person may not ship, transport, possess, or receive firearms.

A Colorado domestic violence based conviction is considered a crime of moral “turpitude” and can be the basis for deportation, exclusion, and other immigration consequences. Any alien who is convicted of a crime involving moral turpitude or a crime for which a sentence of one year or longer may be imposed is deportable.

Examples of crimes of moral turpitude include deportable crimes such as domestic violence; stalking; child abuse, child neglect, or abandonment; and the violation of a restraining order/protective order. Aliens convicted of committing aggravated felonies are also obviously subject to deportation and expedited removal.

A conviction for domestic violence spousal abuse or other forms of domestic abuse such as child abuse will have an impact on the Defendant’s parental custody rights in a dissolution of marriage proceedings as regards child custody and visitation issues.

A Possible Way Out? Arguing “Ineffective Assistance of Counsel”

Lawyers are required to advise their clients of the most significant direct and collateral consequences of their pleas. If they do not – a claim of “ineffective assistance of counsel” may lead to a successful withdrawal of that plea.

The definition of ineffective assistance of counsel in this context:

A defendant is denied effective assistance of counsel when:

1) counsel misrepresents the direct consequences of the plea, such as providing incorrect information concerning the possible sentence that could be imposed on the conviction;

2) the advice or information provided by counsel was below the range of competence reasonably expected of defense counsel; and

3) the defendant was prejudiced by the erroneous advice.

A Defendant may be denied effective assistance when counsel provides erroneous advice on the collateral consequences of the plea.

The So Called “Strickland” Test

When a defendant raises a claim of ineffective assistance of counsel based on the failure of counsel to advise of a direct or collateral consequence of a plea, Colorado courts apply the two part Strickland test to determine whether representation was ineffective.

First, the Court must determine whether counsel’s advice to the Defendant, or lack thereof, regarding a direct or collateral consequence, was “within the range of competence demanded of attorneys in criminal cases.”

Second, a Defendant must establish by an affirmative showing that there is a “reasonable probability” that “but for” counsel’s unprofessional error, the defendant would have pled not guilty and insisted on going to trial, thus undermining the confidence in the outcome of the proceeding.

The Colorado Supreme Court has addressed whether there is a duty to advise a client regarding a collateral consequence of a plea agreement.

The Court concluded that any such duty depends on whether:

(1) “the body of law was relevant to the circumstances of the client and the matters for which the attorney was retained”; and

(2) the attorney “had reason to believe that the area of law in question was relevant to the client and the client’s legal problem” and could “significantly affect” the client’s decision to plead guilty.

A Colorado criminal defense lawyer has a “duty to investigate” and advise the client accordingly.

The fundamental principle at work here is that attorneys must inform themselves of material legal principles that can significantly impact the particular circumstances of their clients.”

The case of Strickland v.Washington, 466 U.S. 668 (1984) sets the standard that the lawyer’s performance must fall “below an objective standard of reasonableness” and the analysis is performed on a case-by-case determination in light of the “objective standards of minimally acceptable levels of professional performance prevailing at the time of the challenged conduct.”

If you found any information I have provided on this web page article helpful please click my Plus+1 or the Share button below so that others may also find it.

Never stop fighting – never stop believing in yourself and your right to due process of law.

You must make a responsible choice for a Colorado Criminal Defense Lawyer – we encourage you to look at our firm. Over the last 30 plus years – H. Michael has mastered nearly every area of criminal law, procedure, trial and courtroom practice and he is passionate about getting you the best result in your case. He has written, and continues to write, extensively on Colorado criminal law and he hopes this article helps you in some small way – Colorado Domestic Violence Law – Understanding The Impact Of The Domestic Violence “Tag” Designation. 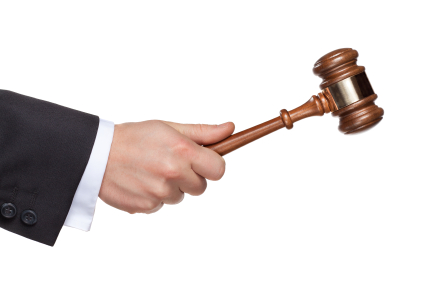 Article Name
Colorado Domestic Violence Law - Understanding The Impact Of The Domestic Violence
Description
There is a "finding" that occurs in all Colorado domestic violence cases at the time of acceptance of the plea and at sentencing. The Judge will "find" that under Colorado law the crime was "an act of domestic violence." The importance of this finding cannot be understated.
Author
H. Michael Steinberg