Colorado’s Stalking Law presents as one of the most complex felonies alleging domestic violence in the state. The law itself is vague – confusing – and difficult to understand. However a 2010 Colorado Court of Appeals case People v. Demetrius Herron – not only clarifies the law – but carefully analyzes when and how an individual comes under this ambiguous law.

The Herron case held that a prosecutor could not “trump up” a single alleged crime of stalking into multiple convictions ending with multiple punishments and therefore enhanced sentencing. 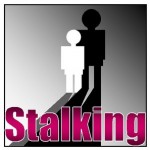 The issue in the case People v. Herron was whether the DA – could seek to “split” an individual charged with Stalking into multiple convictions with multiple punishments if convicted. The Colorado Court of Appeals said no.

Multiplicity is “the charging of multiple counts and the imposition of multiple punishments for the same criminal conduct.” In Colorado – unless the criminal law in question is expressly authorized by the General Assembly to permit multiple punishments, then multiplicitous convictions violate the Double Jeopardy Clauses of the United States and Colorado Constitutions. U.S. Const. amend. V; Colo. Const. art. II, § 18;

Therefore – when the issue in Herron reached the court of appeals – the court’s analysis in addressing a multiplicity challenge was to analyze the origins of the Colorado Stalking Law and determine whether the General Assembly’s definition of the crime charged encompasses a continuous course of conduct and to further determine whether the allowable “unit of prosecution” permitted multiple punishments.

Specifically the court looked at “the manner in which a criminal statute permits a defendant’s conduct to be divided into discrete acts for purposes of prosecuting multiple offenses.”

Stalking Is ONE Act – One Continuous Course Of Conduct

In scrutinizing the law to determine the “unit of prosecution,” the Court looked at how the law was designed.

(1) A person commits stalking if directly, or indirectly through another person, the person knowingly:

[The Law Outlines Three Basic Ways To Commit The Crime]

(a) Makes a credible threat to another person and, in connection with the threat, repeatedly follows, approaches, contacts, or places under surveillance that person, a member of that person’s immediate family, or someone with whom that person has or has had a continuing relationship; or

(b) Makes a credible threat to another person and, in connection with the threat, repeatedly makes any form of communication with that person, a member of that person’s immediate family, or someone with whom that person has or has had a continuing relationship, regardless of whether a conversation ensues; or

[These are the important definitions that help explain the Stalking law]

(a) Conduct “in connection with” a credible threat means acts that further, advance, promote, or have a continuity of purpose, and may occur before, during, or after the credible threat.

(b) “Credible threat” means a threat, physical action, or repeated conduct that would cause a reasonable person to be in fear for the person’s safety or the safety of his or her immediate family or of someone with whom the person has or has had a continuing relationship. The threat need not be directly expressed if the totality of the conduct would cause a reasonable person such fear.

(d) “Repeated” or “repeatedly” means on more than one occasion.

(3) A person who commits stalking:

(a) Commits a class 5 felony for a first offense except as otherwise provided in subsection (5) of this section; or

(b) Commits a class 4 felony for a second or subsequent offense, if the offense occurs within seven years after the date of a prior offense for which the person was convicted.

(4) Stalking is an extraordinary risk crime that is subject to the modified presumptive sentencing range specified in section 18-1.3-401(10).

[New – Section – Enhanced Sentencing If A Restraining Order Is In Place]

(5) If, at the time of the offense, there was a temporary or permanent protection order, injunction, or condition of bond, probation, or parole or any other court order in effect against the person, prohibiting the behavior described in this section, the person commits a class 4 felony.

(7) A peace officer shall have a duty to respond as soon as reasonably possible to a report of stalking and to cooperate with the alleged victim in investigating the report.

(b) This subsection (8) shall be known and may be cited as “Vonnie’s law“.

(9) When a violation under this section is committed in connection with a violation of a court order, including but not limited to any protection order or any order that sets forth the conditions of a bond, any sentences imposed pursuant to this section and pursuant to section 18-6-803.5 or any sentence imposed in a contempt proceeding for violation of the court order shall be served consecutively and not concurrently.

The Herron Court held that:

“We conclude from the plain words of the statute that the legislatively defined unit of prosecution for the crime of stalking is a continuous course of conduct by which one repeatedly follows, approaches, contacts, or places another under surveillance. “

It is a “single crime for which the General Assembly has not authorized multiple punishments.”

The Court made it clear that acts constituting stalking, such as following, approaching, contacting, or placing another under surveillance, have to be performed “repeatedly.” To be convicted of a second stalking offense, a defendant must complete a separate transaction that is factually distinct from the first, on at least two more occasions.

The mental state almost always applies to all of the “elements” of a crime unless the legislative intent is to limit its application. The Colorado State General Assembly has stated that since a stalker may be oblivious to reality of the emotional distress he or she is causing,….”it would be absurd to allow a defendant so out-of-touch with reality to avoid criminal prosecution.”

Therefore – the mental state for this crime is “knowingly” but this mental state does not apply to the element that the alleged stalker be aware that his or her conduct would cause serious emotional distress to a reasonable person.

WARNING – If You Are Under Investigation For Felony Stalking In Colorado

Stalking in Colorado is a felony – the impact of a felony on one’s life can not be understated. The crime itself is difficult for the prosecution to prove because of the very ambiguous nature of the offense. Local police which try – then – in the guise of conducting their investigation – to obtain admissions on the part of the “target” – you – that place you in certain locations – making certain phone calls – sending certain texts.. Our advice – exercise your Miranda rights – remain silent – and call an experienced Colorado criminal defense lawyer as soon as practicable.

Please call our law firm if you have questions about ..

H. Michael Steinberg has been a Colorado criminal law specialist attorney for 30 years (as of 2012). For the first 13 years of his career, he was an Arapahoe – Douglas County District Attorney Senior prosecutor. In 1999 he formed his own law firm for the defense of Colorado criminal cases.

In addition to handling tens of thousands of cases in the criminal trial courts of Colorado, he has written hundreds of articles regarding the practice of Colorado criminal law and frequently provides legal analysis on radio and television, appearing on the Fox News Channel, CNN and Various National and Local Newspapers and Radio Stations. Please call him at your convenience at 720-220-2277.