Why Colorado Domestic Cases Should Be Dismissed 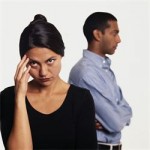 Why Colorado Domestic Cases Should Be Dismissed

When a woman (or a man – in the minority of cases) has been the alleged victim of an assault or some form of harassment, they will call the police for help. What they receive, because of a lack of education, is not help – but the destruction of their family or their relationships.

Restoring the discretion of the police to separate serious acts of domestic violence from the spat that often accompanies difficult marriages or relationships, is what the police used to do when I first started as a young Colorado county prosecutor in the early1980s, Colorado domestic violence cases were treated no differently than all other misdemeanor and felony prosecutions.

What a married couple or anyone in a long term relationship well knows – the police are most often called to “settle” threats to: abscond with the children – resolve accusations of infidelity, mediate issues related to financial pressures and the resulting frustration.

But when the police or other authorities are called to break up the typical “family fight” in Colorado  – “someone is going to jail” and the alleged assailant is mindlessly arrested on an what is typically an assault or harassment charge.

No Room For “Making Up”

Every case today requires an arrest and a “no bond” hold until a judge can enter a restraining order in open court – even if the victim wants to drop the charges. For the last twenty plus years couples in Colorado are given no opportunity to just cool off and  “make up” without the impact of an immediate and mandatory arrest. Later, the alleged victims are forcefully “counseled” by both the police or the DA “victim” advocate – to obtain permanent civil restraining orders that prevent all future contact. This makes no sense.

One of the chief rationales for mandatory arrests and no contact restraining orders  – is that these procedures “take the burden off” victims. The idea is”pro-prosecution” approaches  “remove responsibility” from the alleged victims for the decision to move forward. The truth is – by taking ALL control away from women in the criminal justice system, women then suffer the social or economic consequences of the impact of jail on their significant other and the ultimate destruction of the fabric of the entire social lives with little to show for it.

A judge in one of New York’s largest counties put it best: “What these women want most is for their men to get help with their problems.”

That help, in my opinion after 30 years in Colorado courts on BOTH sides of the issue as a prosecutor and as a defense lawyer  –  is mediation and counseling, not prosecution.

What Ultimately Happens To The “Victims” – ‘Coerced Prosecution’

Forcing a woman victim of a relatively minor domestic violence “argument” into a “coerced prosecution” makes her a hostile witness. It also doubles the sheer number of cases of domestic violence that cannot be resolved without a trial. It is a meat hook approach to a delicate set of issues.

The Danger Of “Unintended Consequences”

Often what started as a small disagreement in a strained relationship – with some mutual pushing and shoving – following the impact of the Colorado domestic violence machine – leads to enhanced violence when the process has finally ended. When mostly men – humiliated and harassed by an unthinking and unfeeling system are finally released from jail – a major study of domestic violence finds them much angrier and less in control of their emotions than before the arrest…leading of course to either the destruction of their family or relationship – or further disharmony and violence.

Many studies have shown that the loss of employment – often the result of the mandatory jail sentence in these “fast tracked” cases, leads to significantly MORE violence later in time and calls into question the “wisdom” among criminologists, that arresting the alleged abusers is really the best way to protect women from future disputes with their significant others.

“The evidence forces us to confront the fact that mandatory arrests in domestic violence cases may cause more violence against women in the long run,” said Lawrence W. Sherman, a criminologist at the University of Maryland

“In communities with high unemployment, the net effect of an arrest policy is more violence,”

Why Colorado Domestic Cases Should Be Dismissed – H. Michael’s Take

Taking away police discretion and flexibility – while politically attractive in Colorado – is a mistake. The police are on the scene and the have the best vantage point to”make the call” give them back their right to decide when to “cool off” the parties and when an arrest and prosecution is really necessary.. trust their judgement as we do in all other spheres of criminal investigation and prosecution. Why Colorado Domestic Cases Should Be Dismissed – because other avenues of mediation and treatment “heal” not destroy families and relationships.